When COVID-19 hit India, we were approached by the Government of Karnataka for building a solution for vaccination distribution. When life-saving resources are scarce, transparency & visibility of distribution can be vital. Blockchain we believe is how every organization in healthcare can operate with the highest level of transparency, and the swiftest possible consensus & collaboration.

Read this insight to have a panoramic view of the Blockchain technology and how it’s helping businesses build transparency, security, and operational fluency.

Wait, do you understand Blockchain Technology?

If you understand the basics of Blockchain, please continue reading.

If not, don’t worry. We’ve got you covered.

Consider any of the following insights to get a good hang of What’s Blockchain, the consensus algorithms and high level architecture of blockchain solutions.

Continue reading this insight to find tools & resources that can help you build a blockchain solution. Also, towards the end, we have shared a few projects to help you draw inspiration and imagine new possibilities with Blockchain in your industry.

Popular blockchain platforms to be considered for building a dApp 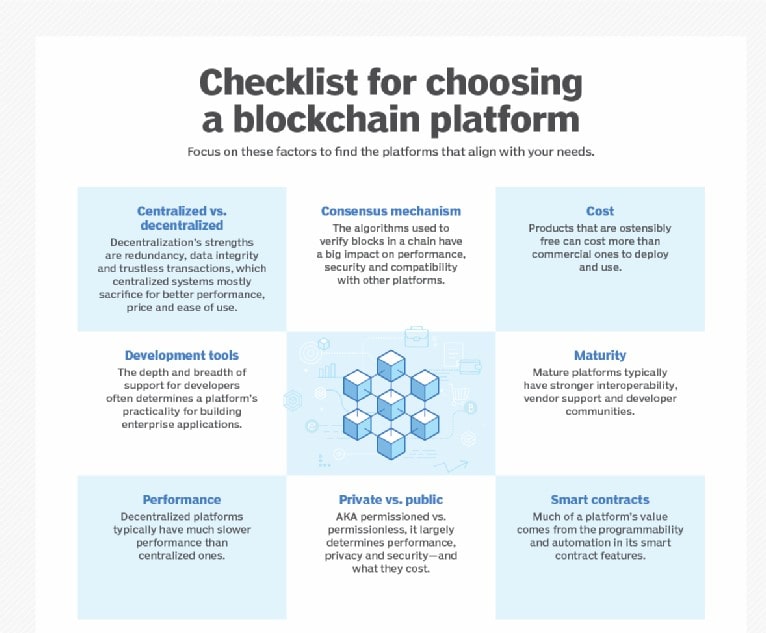 Ethereum is the open source technology behind Ether. It is written in C++, Rust, C#, GO, Python, and Java to allow a permissionless non-hierarchical network of computers (nodes) to form a peer-to-peer network that transacts with each other using smart contracts and consensus, thus forming a blockchain platform. 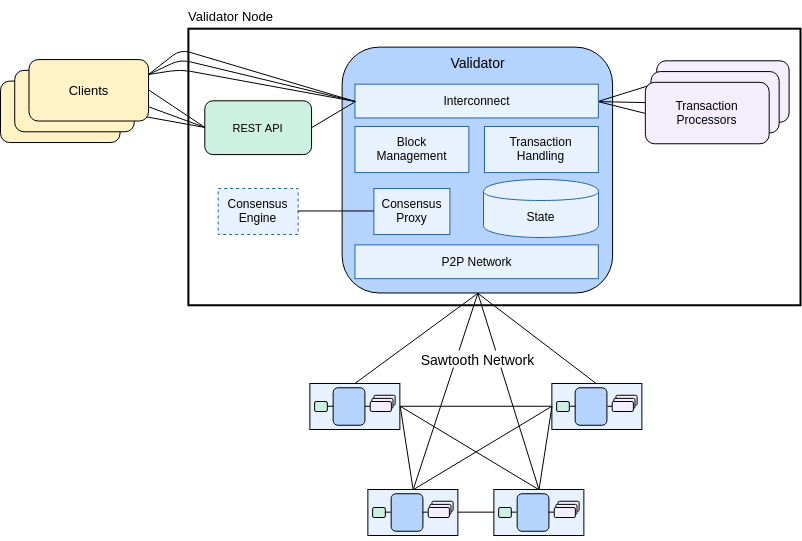 Hyperledger Sawtooth creates an abstraction layer for blockchain solution developers to build modular architectures on top of Sawtooth network. So using Sawtooth, you can specify business rules in your smart contract for your application with any need to know the Sawtooth core architecture/design. Sawtooth allows you to choose transaction rules and consensus algorithms (including PBFT, PoET, Raft) in accordance with your application use-case.

In the next sections, you would come across this platform a lot, as it is quite popular among the enterprises including Sony, Deutsche Borse Group, Walmart, and Honeywell. Hyperledger Fabric, by design, is built for enterprises. Most of the platforms are built for ad hoc, permission-less public use without any privacy and thus needs a lot of tweaking and engineering to build permissioned solutions. But Hyperledger Fabric was designed for privacy and private data as well. Using hyperledger fabric you can develop scalable and secure blockchain solutions with a modular permissioned architecture, pluggable consensus,  and support for private transactions, confidential contracts, multiple programming languages (Go, Java, JS) Solidity and EVM.

Cardano is a proof-of-stake blockchain network built on top of Ouroboros protocol. It claims to be the most environmentally sustainable blockchain protocol.

Read more about NEAR, EOS, SOLANA, and some other popular blockchain development platforms in our insight on building DeFi apps.

Cryptocurrencies are in the limelight, but under the hood Blockchain is silently transforming several industries including Agriculture, FMCG, Textiles, Finance, Collectibles, Energy sector, and of course Healthcare.

What tools & resources are helping developers and entrepreneurs in hacking (read it as ‘building’ or ‘developing’, that’s what hacking means) these innovative solutions?

Ethereum protocol has 3 original implementations i.e., in C++, Python, and GO. The Go version is called Go Ethereum. Go Ethereum is available in two forms – Geth, and as a library that you may use in Android or iOS projects. In other words, Geth is a CLI client for Go Ethereum i.e., your gateway to the ethereum network.

Geth can be run as a full node, archive node, or a light node. Basically, to understand the functionality of 3 types of nodes, you need to understand ethereum to its core. But on a high level, nodes are computing servers connected to the ethereum network. These nodes compute, transmit, and receive transactional data to and from the distributed blockchain ledgers. Full nodes have the current state of blockchain, archive nodes have all the data since the genesis block, light nodes are used by devices with small computing powers and are dependent on full nodes to interact with the blockchain state. Also, there is a miner node to verify transactions and store it on the ledger.

Geth enables you to-

Another perk of using Geth- it can be installed on a variety of operating systems, including Linux, Mac, and Windows. Additionally, Geth allows both binary and scripted installations.

Check out this guide for more details.

Solidity is a flexibly typed programming language with a syntax similar to ECMAScript, used to create smart contracts on the Ethereum blockchain. You can use solc to translate the Solidity script into an Ethereum Virtual Machine-readable format.

There are two types of solidity compilers-

Remix is an IDE with a collection of tools, like remix analyzer, remix lib, remix debug, remix tests, etc., for interacting with the Ethereum blockchain. Remix IDE is a browser-based tool for creating Ethereum smart contracts using the Solidity programming language. It also has modules for smart contracts to be tested, deployed, and debugged.

Suppose your company is planning to launch a smartphone in the market. Now, to maintain a hassle-free customer experience, your company would ensure that the product is well-tested before it’s finally launched.

The same goes for dApps!

It is always good to test a dApp before deploying it on the mainnet. Testnet is quite similar to the Ethereum blockchain, allowing developers or users to test the application before deployment.

Blockchain and the Big Tech

Brilliant! We know a few blockchain tools, and the underlying platforms that we may use to build blockchain applications. But where are we supposed to do all the development work? Do platforms like AWS, and Azure have something like how they have for serverless web and mobile app development?

SCP allows SAP customers to extend their applications and build blockchain capabilities into them. SAP is not building any blockchain ecosystem from scratch, instead it is facilitating the existing SAP centric solutions (eg., SAP HANA DB) to integrate with enterprise grade blockchain networks like hyperledger fabric & MultiChain. This enables the customers to use distributed ledger features in SAP solutions. SCP Blockchain is also integrable with SAP Leonardo thus enabling customers to use SAP’s IoT capabilities as well.

The Oracle blockchain platform cloud service is built on hyperledger fabric,  and it is a production-ready managed service, and falls under permissioned enterprise blockchain. It claims to provide 99.95% availability and can be integrated with Oracle’s other service and offerings to build end-to-end enterprise smart contract applications, with immutable distributed ledgers. AJIB, Cargosmart, Circular, and Retraced are some of the enterprises who are actively using OBPC services.

IBM Blockchain platform, like Oracle, is built on Hyperledger fabric, which is an open source community managed blockchain network. The unique offering of IBM is that any company can use IBM Blockchain platform without exposing themselves to the risk of vendor lock-in. Just like the underlying Hyperledger Fabric technology, the IBM platform is also open sourced, and allows users to use third party cloud services or on premises infrastructure. IBM has enabled companies like Kroger (Farm to table blockchain) and Plastic Bank (to monetize ocean plastics) to innovate with blockchain.

Azure Blockchain Workbench, Azure Confidential Ledger, and Azure SQL Ledger are some solutions that you can use to build on various Blockchain networks. Microsoft previously offered Azure blockchain service, but the service was shut down in 2021. It partnered with ConsenSys’s Quorum Blockchain Service to help existing customers transition smoothly to another platform.

By far, BFSI is at the forefront of all the blockchain powered projects and it is estimated  to reach 22.5 billion dollars in 2026?

Central bank bahamas is experimenting with digital currencies, and Augur are two diverse real-world blockchain examples from the finance sector.

Blockchain in the Supply Chain Industry

Based on research, the global blockchain market in the agriculture and food supply chain is expected to be worth USD 948 million, growing at a CAGR of 48.1 percent by 2025.

Read about the application of blockchain in the supply chain, and how blockchain can help solve multiple problems in agriculture based businesses.

Market capitalisation of blockchain based solutions, startups, and companies in the healthcare market is predicted to develop at a CAGR of 63.85%, reaching a value of $5.61 billion by 2025.

Blockchain in the healthcare and pharma industry, holds the potential-

MedRec to decentralize healthcare records storage and exchange, and ConnectingCare to stream patient data after hospital release for remote healthcare are examples of healthcare in the medical industry.

Read more on how Blockchain can be utilized by healthcare entrepreneurs to deliver robust end-to-end medical services.

Need some more inspiration from the real-world use cases of Blockchain?

“NBA Top Shot” -an NFT marketplace where customers may become owners of digital assets from their favorite NBA players or teams..

Check out this comprehensive insight on NFT platform development.

Blockchain is no longer just creating ripples, finally it’s out of the cave and roaring. The article listed a few tools and platforms needed for blockchain development! But in case, you have any queries or need to develop an enterprise blockchain application feel free to reach out to Codewave.

Codewave has worked on over 300+ projects since 2013, incorporating emerging technologies such as blockchain, serverless, and data, AI, ML, Analytics, and design thinking principles into our work. With a rating of 4.8/5, we’re Clutch’s global 1000 for the third consecutive year in 2021.

For the latest updates on our projects, stay connected with us on LinkedIn.

Thank you for subscribing.

We respect privacy. Your data is safe with us.

Codewave was founded in May 2013, with a vision to bring design thinking to India and make every gig a UX led gig. That vision, gave birth to a people-first culture, that celebrated authenticity, voice of individuals encouraging free flow of influence shaping our journeys with customers & it’s outcomes.